► Rounded corners are only available for pop up folders!
► When editing a folder, only the lower left corner is rounded (as preview). Double tap the folder background to hide the caption bar → all four corners are rounded 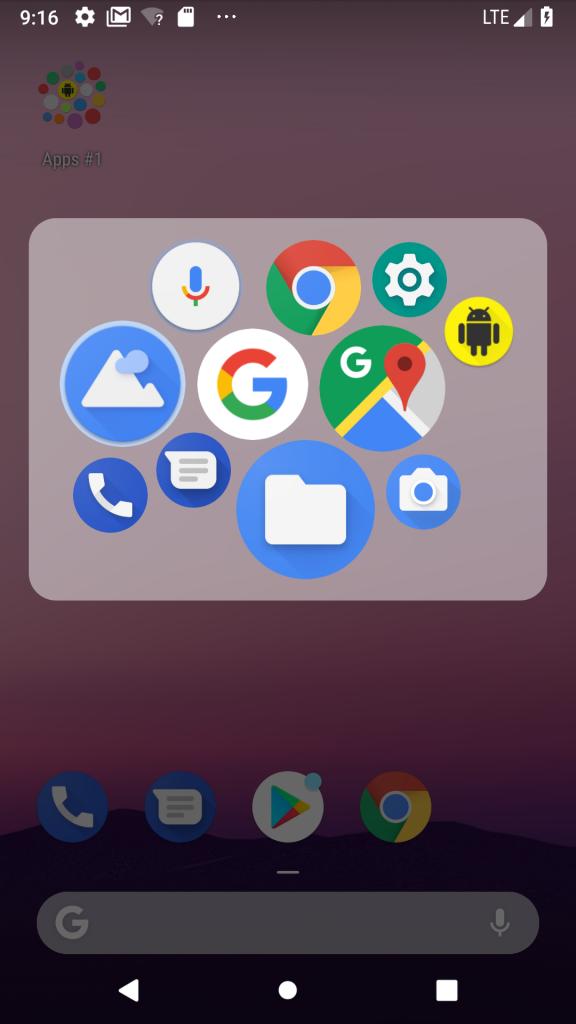 ► You can now set a margin for both widgets and folders
► For widgets the default is “0” (as it was until now)
► For folders the bubble spacing was used for margin too, now they are only connected by default, you can adjust the margin separately. Restore defaults to relink spacing and margin 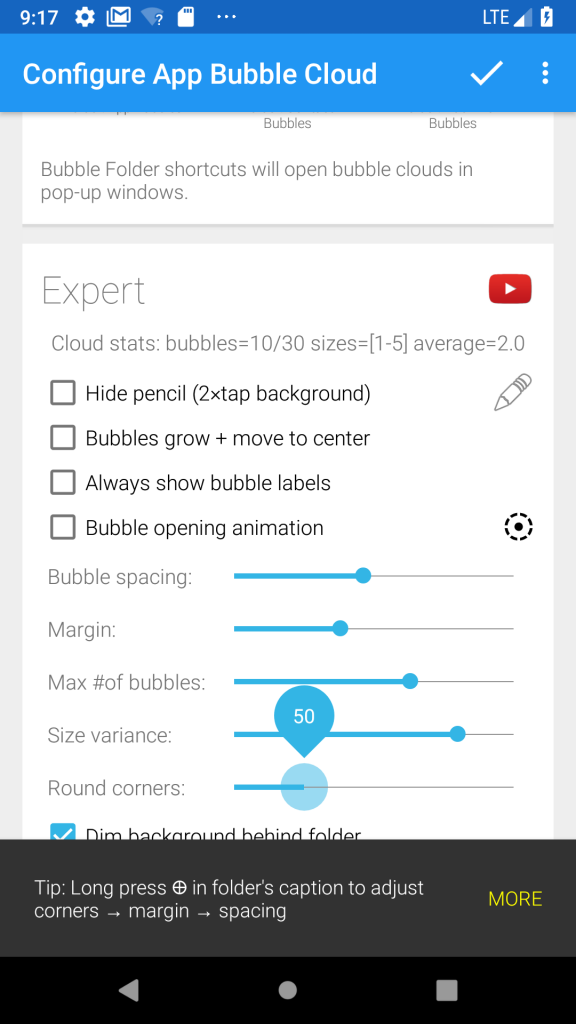 Similar to the bubble spacing, both margin and corner roundness can be controlled from the caption bar of the folder (without opening Cloud Configuration). Use the same seekbar. Long press the ⊕ to select which is set:
► blue⊕ = corners
► pink⊕ = margins
► white⊕ = bubble spacing [default]