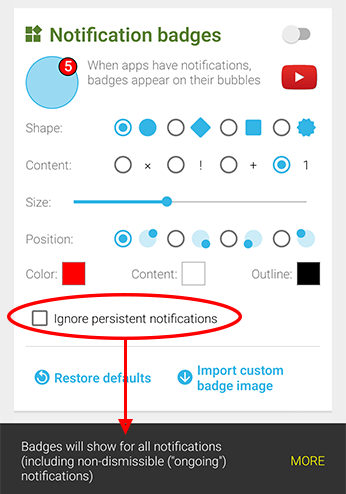 The following options are available in version 10.04.6 of the app:

So, if you have a stuck widget in your list, press the symbol ⊕ on the right

to open it’s Cloud Configuration screen, then use the command “Remove all bubbles” a the very bottom of the settings screen

Going back to the Widgets+Folders list, you will now be able to remove the widget clouds which have “0” for all bubble types

[based on Michael Holman’s question / bugreport]