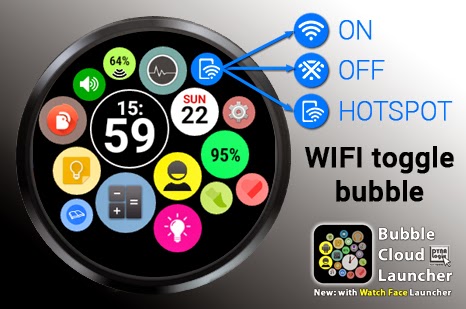 Feature focus: WIFI Toggle Bubble
►Enable it in the Bubble Cloud Settings app on your phone
►Cycle through these 3 phases

[Update v9.57 / July 1, 2019] I found a workaround, and the wifi hotspot works again, even on Android Oreo and newer! The option is off by default, but when you enable it, the app will prompt you to install the Oreo Hotspot Control app. For more info please see: Wifi hotspot toggle is back

Turn on the hotspot option

If you are still having problems, Bubble Cloud user Elias Cabrera recommended a solution using the Tasker plugin. Thank you Elias! 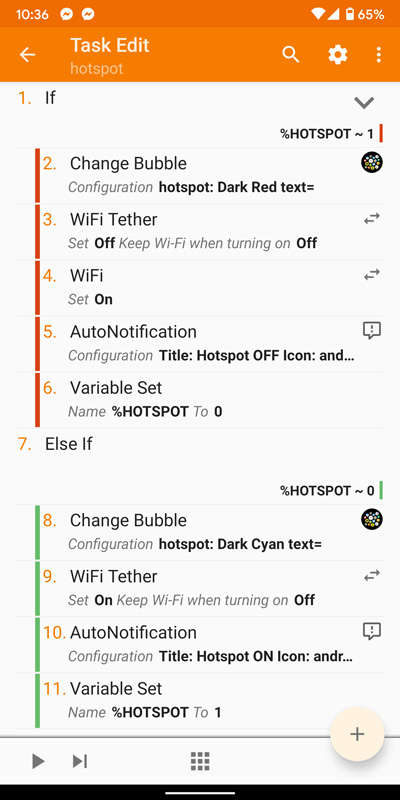