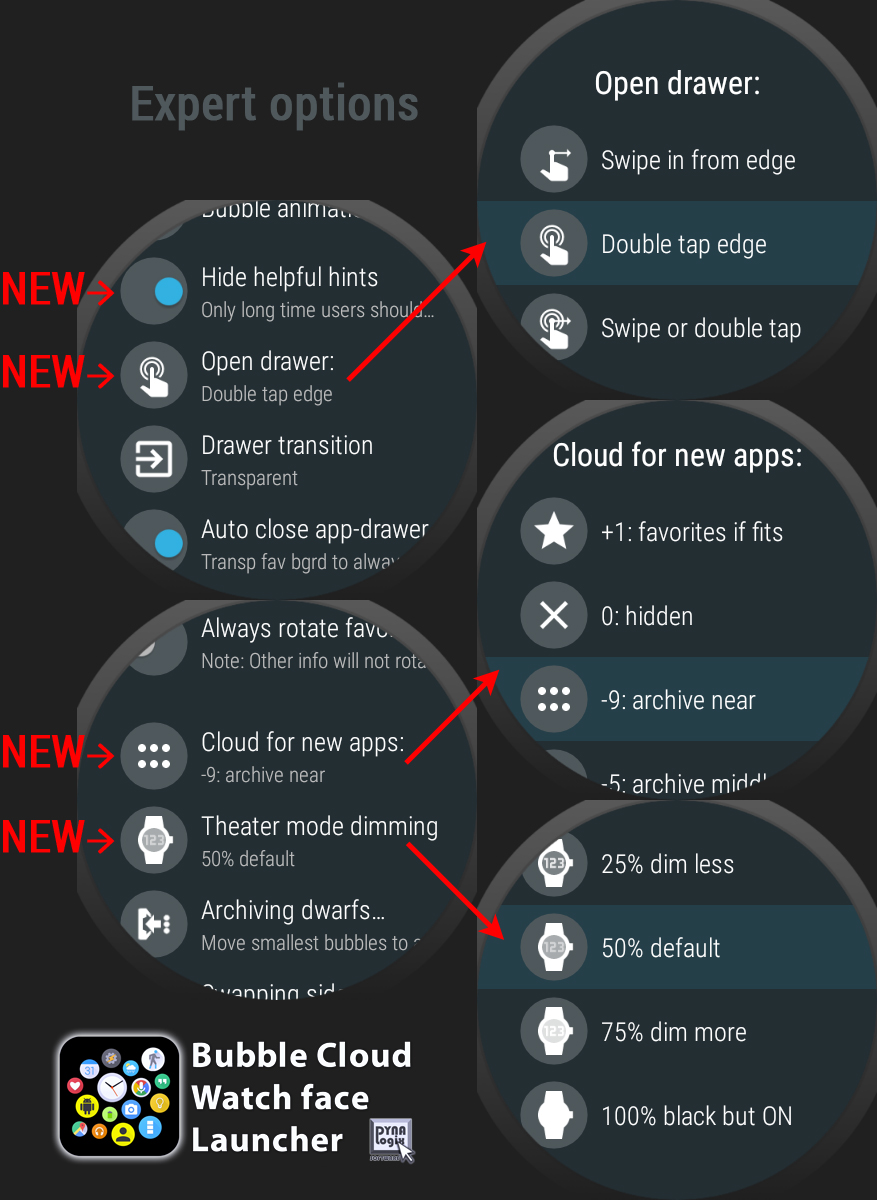 idea: +Andy Wiener
Some toast messages appear the first few times you use an option, others, such as the button long press feedback icons don’t ever stop showing. I really liked the suggestion to turn these off. This option will also come handy to avoid the toasts which used to come back after we re-install the app. [in expert settings watch + phone] → only recommended for long time users!

idea: William Pegram
Bubble Cloud was the first mini launcher which allowed you to open the app drawer by double tapping the edge of the screen in addition to the usual swipe-in gesture. Some like double tapping even better than swiping. Some hate it. Some hate swiping. It is best to give the choice to the user: double tap, swipe or both. If you don’t want needer simply reduce the size of the handle to 0 and assign the app drawer to the hardware button. Or add the bubble cloud app as a complication to your favorite watch-face and press the icon to engage the app drawer. All bases covered! [in expert settings on watch]

idea: +Michael Wolf
You can do almost REAL theater mode using this new option: the screen will turn all-black until you long press the hardware button again. Disclaimer: the screen is still ON, but all pixels are turned black – on OLED displays (most watches) this saves battery too, but surely the watch will not disturb with its light. There is now a 75% option too, a much darker version, and a 25% version with just a slight dimming effect. If you want to lock the screen without dimming it, you should assign the option “Unlock/lock touchscreen” to the hardware button press. It has better interaction with the lock bubble if you added it to your watch-face. [in expert settings on watch]