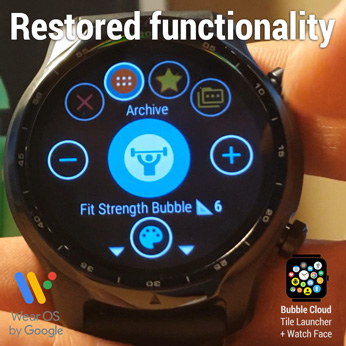 Slow rollout: if you want version 9.92.8 right away become a beta tester

You can move this “Fit Strength” bubble to any cloud, assign to any shortcut (button press etc) and it also shows up in the standard Wear OS launcher.

Google is removing the feature completely, if you have version 2.55 or later, not even this trick will help. But you can still downgrade by removing updates:

Voi’la, you will still have your regular strength training. At least until you get an OS update, which will overwrite the ROM version of Fit with a newer version. But until then, you still have this awesome feature!