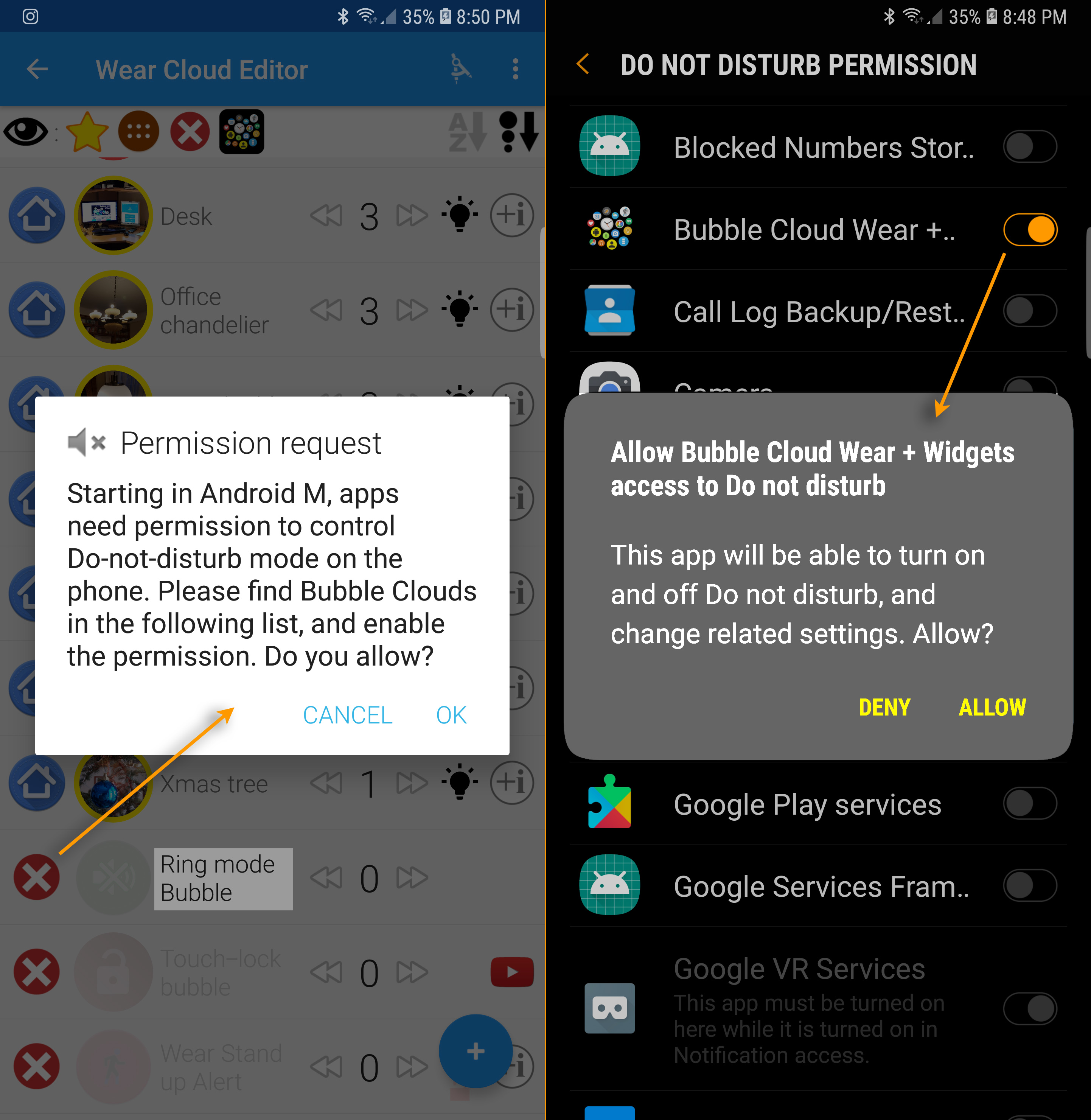 v9.03beta → Play
► Starting with Android Marshmallow, apps need to get permission to control Do-not-disturb mode on the phone. Prompt for permission in Wear Cloud Editor, or when bubble is first used
► Fixed crash if the user exited the app before the watch connected (and you haven’t given location permission to the app)
► Added translations for removed wifi tethering function 🙁

This is a nightmare. Thanks to Google the app will get even harder to use. Turns out Ring-mode toggle needs special permission, which the app now has to request. It is a special permission which cannot even be requested normally, we have to send the user to the list of apps, and have a toggle switched for Bubble Clouds.

For new installers the Ring mode bubble will not be available by default, only if the user goes through this hassle and enables the permission…

For existing users: using the Ring mode bubble the first time (on the watch) will bring up this dialog box on the phone with instructions on how to enable the permission.

I dragged this out as far as I could, but Google is forcing every app to support their latest craze. Otherwise I will not be allowed to update the app after November. I am targeting Nougat now. We will have to take one more step to Oreo. Which will mean reduced ability to auto-populate clouds (Oreo apps are not getting notified when apps are added or removed from the phone – my app will have to do background polling, which uses much more battery and it will take much longer for newly installed apps to automatically appear in the bubble clouds.)