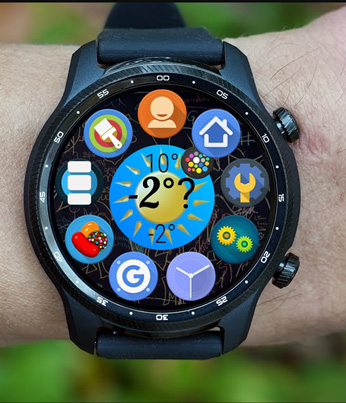 Each year Google removes functionality from Android. Before it affected our ability to send text or initiate calls from the watch, 2 years ago they took away a popular option to toggle Wifi hotspot programmatically (from the watch), last year we lost the ability to toggle wifi both on the watch and on the phone. Every year November 1 is a bad day, because that’s when we are forced to update our apps to the more and more restricted API levels, and take the heat from our users for losing functionality. This year however Google took away something essential: we can no longer query installed apps, unless we get special permission from Google, which they almost never give, not to small developers like I am.  Without permission, both my home screen widget app and the Wear OS launcher would have been dead.  Good news, after weeks of dread I found a workaround which I have now implemented in the app, so Bubble Cloud is not dead after all.  At least not this year.  With Google unfortunately we never know.
Version 9.97 is the first that complies with the new Android restrictions, it is currently rolling out to beta testers. We already caught issues with the background updates to the weather live info. I plan to keep this release in beta longer to make sure everything is working well in the production release.