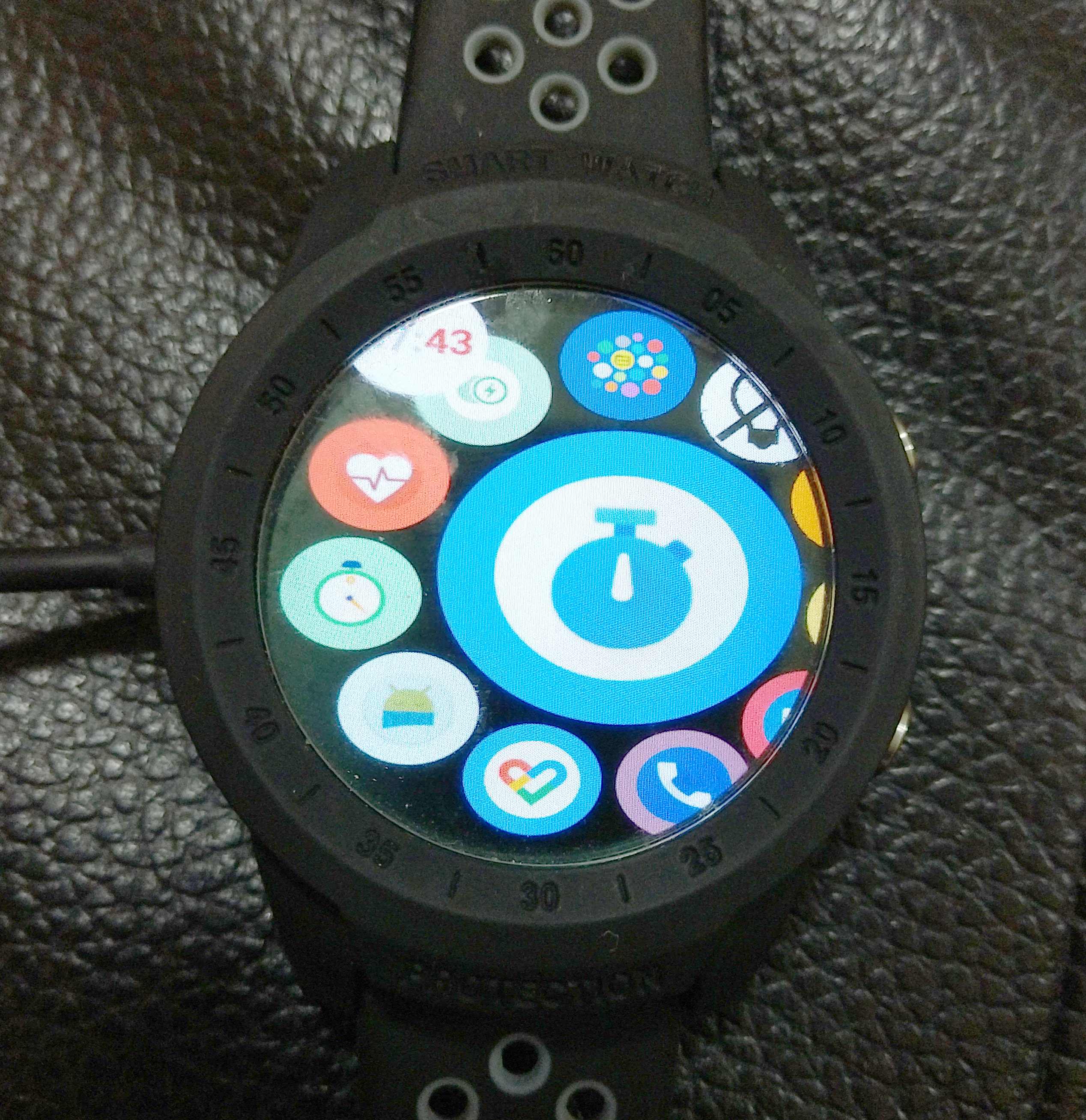 After updating to Wear OS “H” (based on Android Pie) Bubbles in the favorite cloud appear stretched / distorted:

Notably the distortion only appears on the screen of the watch, the screenshot created using the Wear OS app on the phone shows the bubbles correctly. This leads me to suspect some strange graphics driver issue.

Three TicWatch users reported this issue after updating to Wear OS “H”, which seems to only happen in these exact circumstances:

I was unable to reproduce the issue on earlier versions of Wear OS, and even under Wear OS H running on emulator. So I only have theories, and I need your help to test my workaround.

Being dependent on the handle size is most telling for me. My suspicion is that the graphics driver under Wear OS H overrides the overlay window’s left edge (x coordinate) when my app sets it lower than zero (x<0). The bubble distortion happens because the OS changes the dimensions of the app drawer.

The same problem does not happen when the handle is set to zero (e=0 → x never goes below zero, even when the app drawer is fully open → x=0).

Also, there is no issue when the app drawer is on the left, because in the fully open position the left coordinate is zero (x=0).

Going over the right edge of the screen does not seem to be a problem.

Version 9.52beta0 includes my workaround, where I set the handle size to zero as soon as the window reaches the left edge of the screen.

As I mentioned earlier, there is no way for me to test if this correction fixes the problem. Please update the app and let me know. This update is only available to beta testers for now:

Thank you to Walter Francis, Tian Z, and Surakawin Suebka for contacting me about this issue. I am looking forward to your feedback on the effectiveness of the workaround.