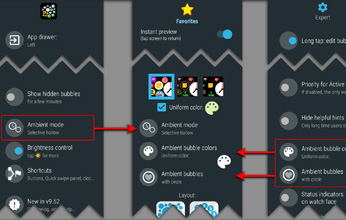 Slow roll-out. To get the update immediately see sidebar on how to join the beta test

This update brings incremental improvements and bugfixes, which will all make your experience with Bubble Cloud even better!

Thank you to Walter Francis, Tian Z, and Surakawin Suebka for contacting me about the Wear OS-H graphics driver issue.